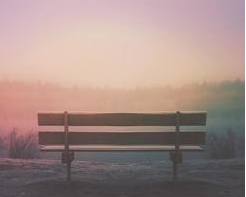 The trouble is, we can’t read one another’s mind, and we can’t know another person’s heart.  We experience this when we are surprised by what someone says—they reveal something unexpected because it was previously hidden in their heart and mind.  As the prophet Jeremiah famously said “the heart is deceitful above all things, and desperately sick; who can understand it?”  But this is followed immediately by an assertion indicating who does know it, “I the LORD search the heart and test the mind, to give every man according to his ways, according to the fruit of his deeds” (Jeremiah 17:9-10).  Here we find not only that the LORD God knows our mind and heart, but he knows it for the purpose (at least in part) of ultimate accountability.

But getting back to our trouble.  Since we can’t know the thoughts of another person, all efforts to share those thoughts or communicate come through symbols or symbolic actions.  These include letters, which may be formed into words and then phrases or sentences, along with other kinds of printed symbols (think emoji, logos or graffiti, etc.).  But other symbols of communication include our voice—choice of words, volume, tone, pitch, speed.  And facial expressions.  And body language.  Even art is a form of communicating.  In effect, all these (and other) ways we communicate to one another come in symbol form.  Necessary, because we can’t read one another’s mind or know one another’s heart.

Those symbols and symbolic actions are loaded with meaning, that is, whatever the sender is intending to convey—that is the meaning to them.  It is what they are trying or intending to say or communicate.  But symbols are tricky things, because the very symbol I use to convey one thing may have an entirely different meaning to the one who receives that message in symbol form.  A friend when I was a kid unintentionally put a peace symbol on his soap box derby car (this was the “60’s).  In his mind it was an airplane symbol (he turned it sideways), but in that Viet Nam war era it conveyed a very different meaning to almost everyone else.  Oops, especially in the social climate of the day, an unintended message.

So as we think about sending meanings to one another (intended thoughts and ideas), we have to think about the limitations of the vehicles we choose for that purpose.  As an example, email is a limited medium of communication.  It is a very useful tool, if we keep its limitations in mind.  All you get are letters in sequence to form words and sentences.  Some additional meaning comes through bold printing, certain emojis, the kind of punctuation used.  But you have to do a lot of interpretation, and that will be based on your experience with the message creator, with your history and experience with the very words and other symbols used, and with whatever context (immediate, or in the broader scope of current events) the message comes in.  Always there will be assumptions involved, and those may be significantly tainted by what we carry into the interpretation of the symbols, especially when emotions become intense.  Miscommunication, that is, when we attribute a meaning to the symbols that the creator never intended, is more common than snow on Mt. Hood.

A phone call is somewhat better in certain ways, because we “get” some information from the attributes mentioned above related to voice.  More recently many of us have become better acquainted with video calls, Zoom or Facetime or whatever.  Here you get not only voice but some facial expression and at least upper body language—until interrupted by an unstable internet connection.

All of these vehicles for communication are a matter of intentional communication effort, where the one who initiates the communication intends to send some message, a thought or idea.  When you think about the fact that in all cases doing so involves symbols (we can’t read one another’s mind or know one another’s heart), and they require interpretation by the receiver, and that interpretation will be highly personal and determined entirely by the receiver, it is a bit of a miracle whenever our sent message is understood anywhere close to our intended meaning.  Our ability to do this, even imperfectly, is one of the distinguishing marks of our humanity as created in the image of God who communicates.

But when we consider this important concept of communication, we also have to consider that we often communicate in ways we don’t intend and send messages we did not want to send.  We have little control of that, because almost anything we do and often what we don’t do will be interpreted in some way by someone.  But it should nonetheless make us thoughtful.  Albert Mohler, for instance, discusses the significance of a follower of Jesus attending the wedding ceremony of a same-sex couple (June 26 The Briefing).  The point is simply to say that our very presence at something says something.  And that something is different for every person who observes our actions.  During his ministry Jesus was often present with sinners and received criticism for that.  Honest observers of his life and message would know that this presence was not to endorse their sin (the meaning some implied), but to call them to redemption (the meaning he consistently stated).  Their own interpretation was clouded by impure motives, and they imputed to Jesus with the wrong message.

This has put some of us in a bit of a quandary related to Saturday, June 27’s “Rockwood Prayer March for Justice.”  Those of us who are wanting to stand for, and work toward, and be associated with the biblical truth that all humans are created equal, have been excited to consider participating in united prayer with fellow churches in Rockwood, standing with those seeking an end to racial discrimination and injustice toward people on the basis of their skin color.  We have been assured by the chief organizers that the purpose of this “march” is to walk and pray for the community, with signs that declare the purpose of the march as prayer.

But even the organizers have admitted that, in a public gathering, messages can get mixed.

An example of the potential for mixed messages came even as the event unfolded, with some (whether the originators or others) encouraging people to bring signs with messages that are subject to the reader’s interpretation.  One, as an example, is the slogan “No Justice, No Peace”.  Let the interpretation begin—because we do not know the mind and heart of one who would carry a placard with this slogan.  It could be interpreted from a Biblical framework to state that it is through the justice of God true peace is gained.  But in our context of current events, we know from the nightly news what this has meant to many of our American cities over the past several weeks—as the “no peace” was stated in bold, destructive, and life-threatening activities and messages by rioters.

So we pray that today’s prayer march is exactly that….a march for prayer.  But we recognize, with its organizers, that it may become something more, infused with meaning beyond prayer for racial justice, more than a cry for the end of racial discrimination, more than weeping with those who weep.  Now what should those of us do who dearly want to stand in support of these very important, biblically based ideals?  We would also want to distance ourselves from the ungodly ideas and methods, such as wanton destruction, often related to the slogans participants are now encouraged to carry.  What meaning does one’s presence alongside these slogan banners have to the broader community?  What meaning is gained from the message that is in fact the assumed purpose for attending or being part of the march?  This becomes a very complex matter of individual understanding and conscience, loaded with room for misinterpretation depending on the assumptions the observer brings to the reception of the message.  We must be thoughtful about our own decisions, evaluating as best we can the message and meaning of our actions and words.   We must also be very careful about our judgment of others, because we may well be misreading their intended message.

And as a final word for those who would dismiss the thought that our very presence somewhere is its own message, a specific symbol with its own particular meaning, I would point you to one of the most significant statements Jesus left with his disciples.  Clearly intending to communicate a message of support and encouragement to them as they carried out his disciplemaking command, Jesus said, “And behold, I am with you always, to the end of the age”  (Matthew 28:20).  Like his promised presence, our presence is a significant message.  This is because our lives are their own symbol, the apostle called them “letters” that are “known and read by all” (2 Corinthians 3:2-3).  As Jesus’ representatives and ambassadors of the Good News, we are obligated to think deeply and carefully about the messages we send, by whatever means they are sent.

Our Father in the heavens, we who are commissioned to carry the message of Good News, salvation through faith in Jesus Christ, want to represent You well in the present social crisis.  May our decisions and actions imitate Jesus, and our message be clear as we stand for the gospel and the promotion of biblical values in our communities.  We pray that we will have wisdom as we thoughtfully consider the meaning and message of our words and actions.  We ask you to intervene to the end that the prayer march is truly prayerful and peaceful, bringing the unity of the gospel to the important issue before us of true justice for all people.