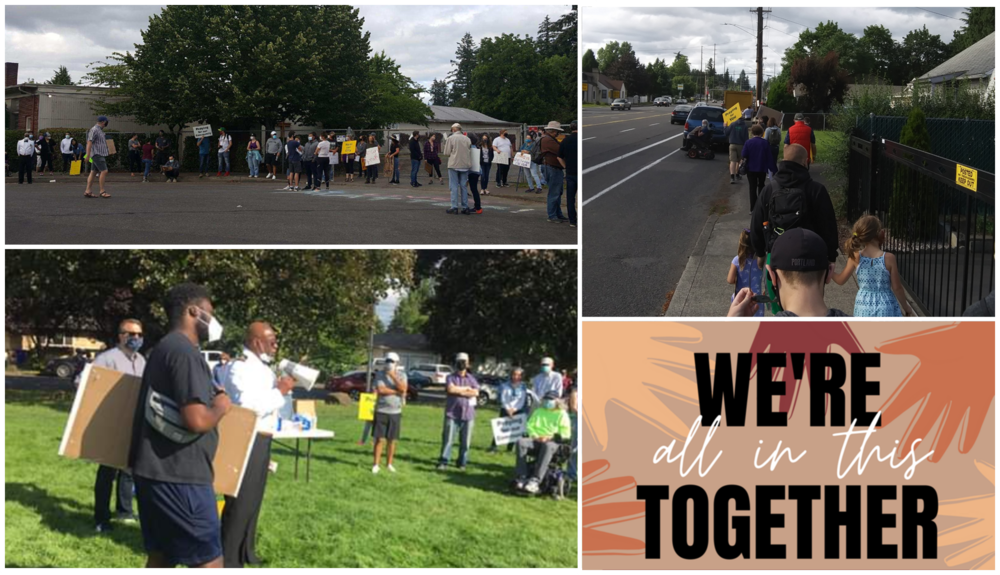 Yesterday afternoon (June 27), over 20* members of the Damascus Community Church family gathered together in Parklane Park in Rockwood, alongside dozens of members of Rockwood-area churches, to pray for peace, justice, and the glory of Christ in the community as a part of the Shalom Rockwood Prayer March for Justice.

The gathering commenced at 5pm with a message about the unity of the body of Christ (in both English and Spanish), after which the congregation marched 2 miles, through the Park, down Main St., ending at the campus of AS IS Church on 182nd.  Marchers prayed for the community as we walked, the majority holding signs proclaiming God as the source of justice, Jesus as the way to peace, and prayer as our primary means of action.  The event concluded with the group singing "Amazing Grace" together, and one final word of prayer as the united Body of Christ.

For almost two hours, various neighborhoods in the culturally diverse area of Rockwood were bathed in prayer as followers of Jesus took to the streets to march for reconciliation and peace, and to pray for the power of the Gospel to bring hope to friends and neighbors.

Please join us in praying that God would honor those prayers and that His will would be done in our communities, as it is in heaven.