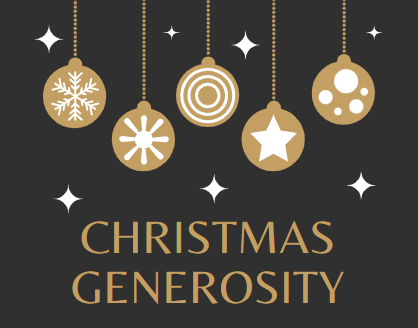 1 - Stelica Bularu – A Good, Used SUV for His Traveling in Moldova

Stelica is the missionary-pastor in southern Moldova whom we supported for many years. He has also been serving as the bishop for the southern region of Moldova for several years, which involves a lot of travel visiting and overseeing the churches in a large area, as well as organizing various training and evangelistic events throughout the region. Because his present vehicle is no longer usable, he needs to purchase a good, used SUV, able of withstanding the bad conditions of the rural Moldovan roads.  To read about Stelica's history with DCC, click HERE.

2 - Beyond Borders – A New Center for Refugees in Athens, Greece

Beyond Borders, a division of Teach Beyond, seeks to educate children who are not able to attend regular schools, such as children in refugee camps (Lesvos, Greece) and in slums by garbage dumps (Addis Ababa, Ethiopia). Last year part of our Christmas giving project went to their work on the island of Lesvos with refugee children, including P-people.

They are now seeking to establish a center in Athens, Greece for the education of refugee children living in that city. They are partnering with an Iranian refugee who became a believer as a refugee. They have started online English language classes with Farsi-speaking women. For the center that they want to set up, they will need to rent a space and furnish it as a learning center for women, including donated laptops and iPads.

3 - Afghan American Church – Funds to Sponsor a Christian Afghan Family to Come to the U.S.

This church, led by an Afghan believer and his American wife (a former missionary to Afghanistan), is ministering to Afghans in the San Francisco Bay area and to Afghans in their home country via Skype.  Last year, DCC highlighted this ministry as a part of our Christmas giving focus and helped Afghans (including some P-people) in the Bay area, and in Afghanistan with food and heat.

Now, with the changes that have recently taken place in that country, several of the house church leaders and their families have fled the country and are hoping to resettle in the U.S.  For that to happen, visas for every family member and other resettlement expenses must be paid.